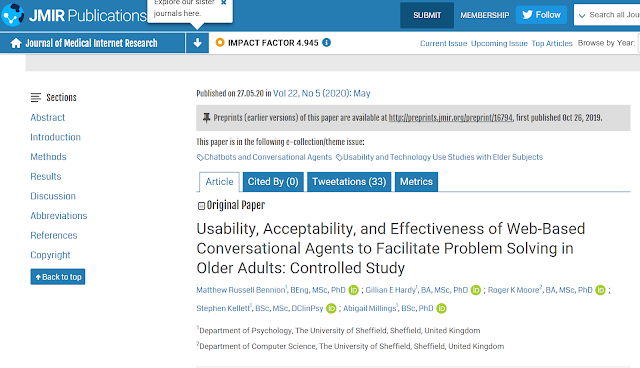 Our colleagues at the University of Sheffield have released a new publication in the Journal of Medical Internet Research. The results of the study support the potential of chatbots to deliver psychotherapy during Covid-19 and to play a key role in helping people with issues around their health and wellbeing.

The paper concludes that controlled studies of chatbots need to be conducted in clinical populations across different age groups and discusses the potential integration of chatbots into psychological care in routine services.