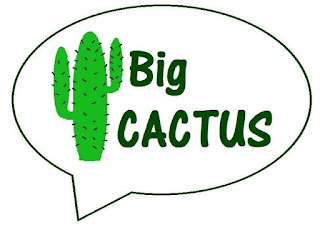 In this pragmatic, superiority, three-arm, individually randomised, single-blind, parallel group trial, patients were recruited from 21 speech and language therapy departments in the UK. Participants were aged 18 years or older and had been diagnosed with aphasia post-stroke at least 4 months before randomisation; they were excluded if they had another premorbid speech and language disorder caused by a neurological deficit other than stroke, required treatment in a language other than English, or if they were currently using computer-based word-finding speech therapy. Participants were randomly assigned (1:1:1) to either 6 months of usual care (usual care group), daily self-managed CSLT plus usual care (CSLT group), or attention control plus usual care (attention control group) with the use of computer-generated stratified blocked randomisation (randomly ordered blocks of sizes three and six, stratified by site and severity of word finding at baseline based on CAT Naming Objects test scores). Only the outcome assessors and trial statistician were masked to the treatment allocation. The speech and language therapists who were doing the outcome assessments were different from those informing participants about which group they were assigned to and from those delivering all interventions. The statistician responsible for generating the randomisation schedule was separate from those doing the analysis. Co-primary outcomes were the change in ability to retrieve personally relevant words in a picture naming test (with 10% mean difference in change considered a priori as clinically meaningful) and the change in functional communication ability measured by masked ratings of video-recorded conversations, with the use of Therapy Outcome Measures (TOMs), between baseline and 6 months after randomisation (with a standardised mean difference in change of 0·45 considered a priori as clinically meaningful). Primary analysis was based on the modified intention-to-treat (mITT) population, which included randomly assigned patients who gave informed consent and excluded those without 6-month outcome measures. Safety analysis included all participants. This trial has been completed and was registered with the ISRCTN, number ISRCTN68798818.

CSLT plus usual care resulted in a clinically significant improvement in personally relevant word finding but did not result in an improvement in conversation. Future studies should explore ways to generalise new vocabulary to conversation for patients with chronic aphasia post-stroke.

National Institute for Health Research, Tavistock Trust for Aphasia.
Read the full article published by the Lancet.
Posted by CATCH at 12:58